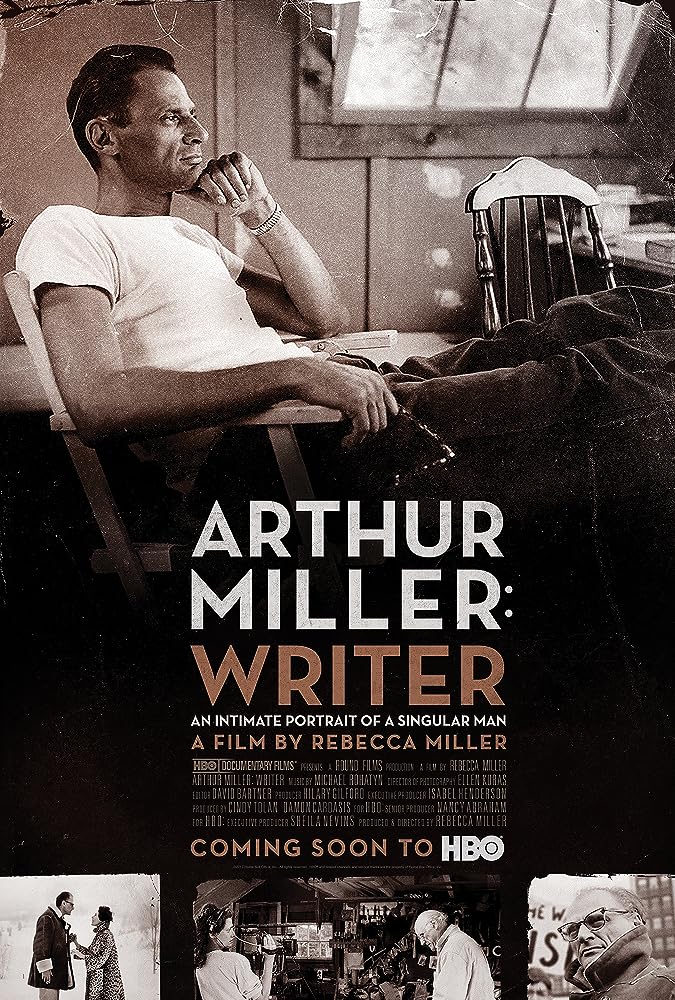 Thanks to “Marilyn Remembered” Fan Club member Debbie Williams who has pointed out that the 2017 Award winning documentary “Arthur Miller: Writer” will make its debut on UK Television screens 21st October on Sky Atlantic.

Rebecca Miller’s film is a portrait of her father, his times and insights, built around impromptu interviews shot over many years in the family home. This celebration of the great American playwright is quite different from what the public has ever seen. It is a close consideration of a singular life shadowed by the tragedies of the Red Scare and the death of Marilyn Monroe; a bracing look at success and failure in the public eye; an honest accounting of human frailty; a tribute to one artist by another. Arthur Miller: Writer invites you to see how one of America’s sharpest social commentators formed his ideologies, how his life reflected his work, and, even in some small part, shaped the culture of our country in the twentieth century.

Marilyn smiles on location at Coronado Beach while

Remembering Rita Hayworth, who passed away on May

Just curious—do you have a favorite costume of M

Happy Mother’s Day to those who celebrate! #mari

Please join us for Marilyn’s annual memorial on

Candid photos from the set of the Misfits in Nevad

Marilyn and her River of No Return costar Robert M

Hair test for Something’s Got to Give in Los Ang

Even as a teenager, Norma Jeane had something spec