“Marilyn Monroe and Niagara, a raging torrent of emotion that even nature can’t control!” read the tag line on billboards and advertisements.  Twentieth Century FOX pulled out all the stops on what was to be Marilyn’s first starring role in a major motion picture.

The official synopsis of the movie reads as follows:
“The splendour of both Niagara falls and Marilyn Monroe enhance this taut tale about a faithless wife plotting against her husband.  Joseph Cotten stars as George Loomis, a disturbed Korean war veteran staying at Niagara Falls with his wife, Rose (Monroe).  Thoroughly sensuous and constantly scheming, Rose intends to kill her husband and run off with her lover.  But first she is going to drive George mad by flaunting herself before anyone who will notice.”

Marilyn Monroe enjoyed a good working relationship with her co-stars, in particular with her leading man, Joseph Cotton:
“I enjoyed her company. I enjoyed working with her,” Cotten said about working with Marilyn Monroe in her first starring role. He said she had an appetite for laughter and was aware of her sense of humor describing her as a “pretty clown.  Cotten recalls hearing about her death and receiving a phone call from the Associated Press for a comment.  “At first I was sure it had to be an accident. Such buoyancy of spirit, such sparkling anticipation, such a happy and comic attitude would deny support to any theory,” he wrote. “But she had such moments of fear and insecurity….As to all the other furtive theories-cover-up, murder, etc. – I have no knowledge or interest in such sordidness. I knew and acted with Marilyn Monroe. I am proud of having that privilege.”

Director Henry Hathaway also had kind words to say about working with Marilyn, on two seperate occassions, he was quoted as saying  “She’s the best natural actress I’ve directed.  And I go back.  I worked with Barbara LaMarr, Jean Harlow, Renee Adoree–right up to today.  And she’s the greatest natural talent.  Wait ’til you see her in this picture!”
“Marilyn was marvellous to work with, very easy to direct and terifically ambitious to do better.  And bright, really bright.  She may not have had an education, but she was naturally bright.”

‘Niagara’ was first released in theatres on January 21st 1953 and grossed a healthy $2.35 million return on an outlay of $1,670,000 during its initial run.  Today it is still among Marilyn’s most popular films.

Believe it or not, 22nd January is National Polka Dot Day!  Here are a few pictures of Marilyn Monroe throughout the years rocking those dots!

It’s the news Marilyn movie fans have been waiting for, for the the first time ever, ‘Let’s Make Love’ is being released on a 2 disc, special edition Blu-Ray.

The 1960 musical comedy starring Marilyn Monroe and Yves Montand will be released on June 25th 2018 (through Amazon and other leading retailers.) 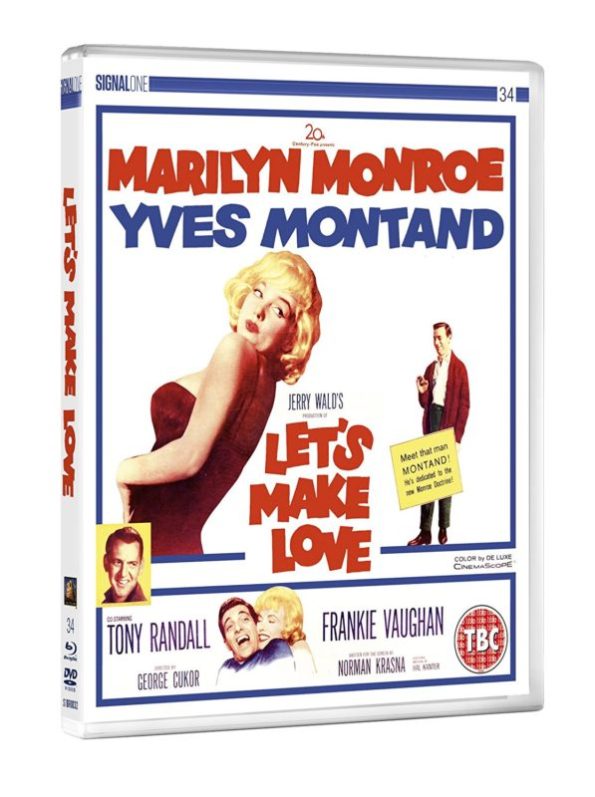