Happy Birthday to Oscar winning actress, Anne Baxter on what would have been her 95th birthday.

Granddaughter of architect Frank Lloyd Wright, Baxter’s first screen success was in Walter Lang’s “The Great Profile” (1940), followed by “The Magnificent Ambersons” (1942) and an Oscar winning performance in “The Razors Edge” (1946).  Contracted to FOX, she had leading roles in three early Marilyn movies: “All About Eve” (1950), “A Ticket To Tomahawk” (1950), and “O’Henry’s Full House” (1952).  Baxter was originally cast for a part in “Niagara” (1953), one of Marilyn’s first star vehicles, but pulled out of the project before filming began.

In her later career, she made a successful move into Television and worked consistently up until her death in 1986. 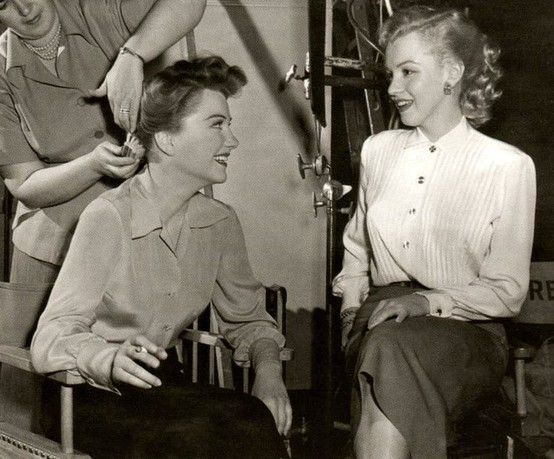 Anne Baxter and Marilyn Monroe on the set of “All About Eve.”