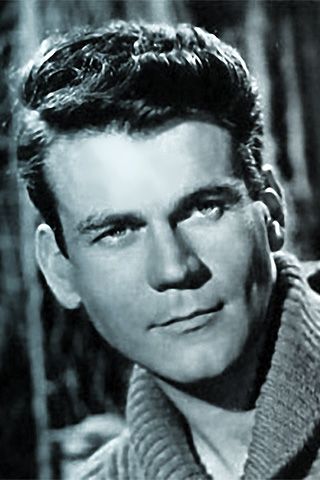 Here at Marilyn Remembered, we are wishing Don Murray a very happy Birthay on his 90th birthday!

Don Murray ( born July 31st 1929) is an American actor who is best known for his breakout preformance in the 1956 drama “Bus Stop” which earned him an Academy Award nomination.

Having worked in movies and television since 1954, some of his biggest credits include: “Conquest Of The Planet Of The Apes,” “Peggy Sue Got Married” and “Knots Landing.”

Speaking in 2014, Murray said of his time working with Marilyn Monroe on Bus Stop:

“Bus Stop” was her comeback film. And I thought she was magnificent in it, although she was always late on the set and she had a hard time remembering her lines. She also had a very short concentration span: she would start a scene and stop in the middle because she forgot her lines. So she had to do all her scenes in tiny, little pieces because she couldn’t sustain a scene all the way through. We never saw a complete scene with her. All the actors in the film came from the stage, like Hope Lange and I, Arthur O’Connell, Eileen Heckart – everyone in the film – so we were used to having a continuous performance and we would go to the rushes to see yesterday’s work. We would see all these little pieces and we thought the film was going to be a disaster. However, the first time we saw it at a preview, all of a sudden we realized what the magic of films was, with the editing and cutting it all together: she was magnificent! I never understood why she was not nominated [for an Academy Award] for “Bus Stop”.