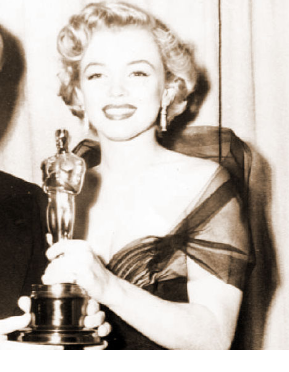 This coming weekend sees the 91st Academy Awards Ceremony, presented by the Academy of Motion Picture Arts and Sciences at the Dolby Theatre in Hollywood, Los Angeles, California.

Marilyn only ever attended one Oscar Award Ceremony and that was on March 29th 1951.  Held at the Pantages Theatre on Hollywood Boulevard, Marilyn presented the ‘Best Sound Mixing Award’ to Thomas Moulton, for his work in “All About Eve” which Marilyn also had a supporting role in.

“All About Eve” would go on to win a further 5 Awards and was nominated a staggering 14 times. “All About Eve” received more nominations than any other film in Oscar History, until 1997 when “Titanic” tied the record.  Marilyn surely must have felt an enormous sense of pride to have been involved (no matter how small a part she had) in such a highly respected and multi award winning movie. 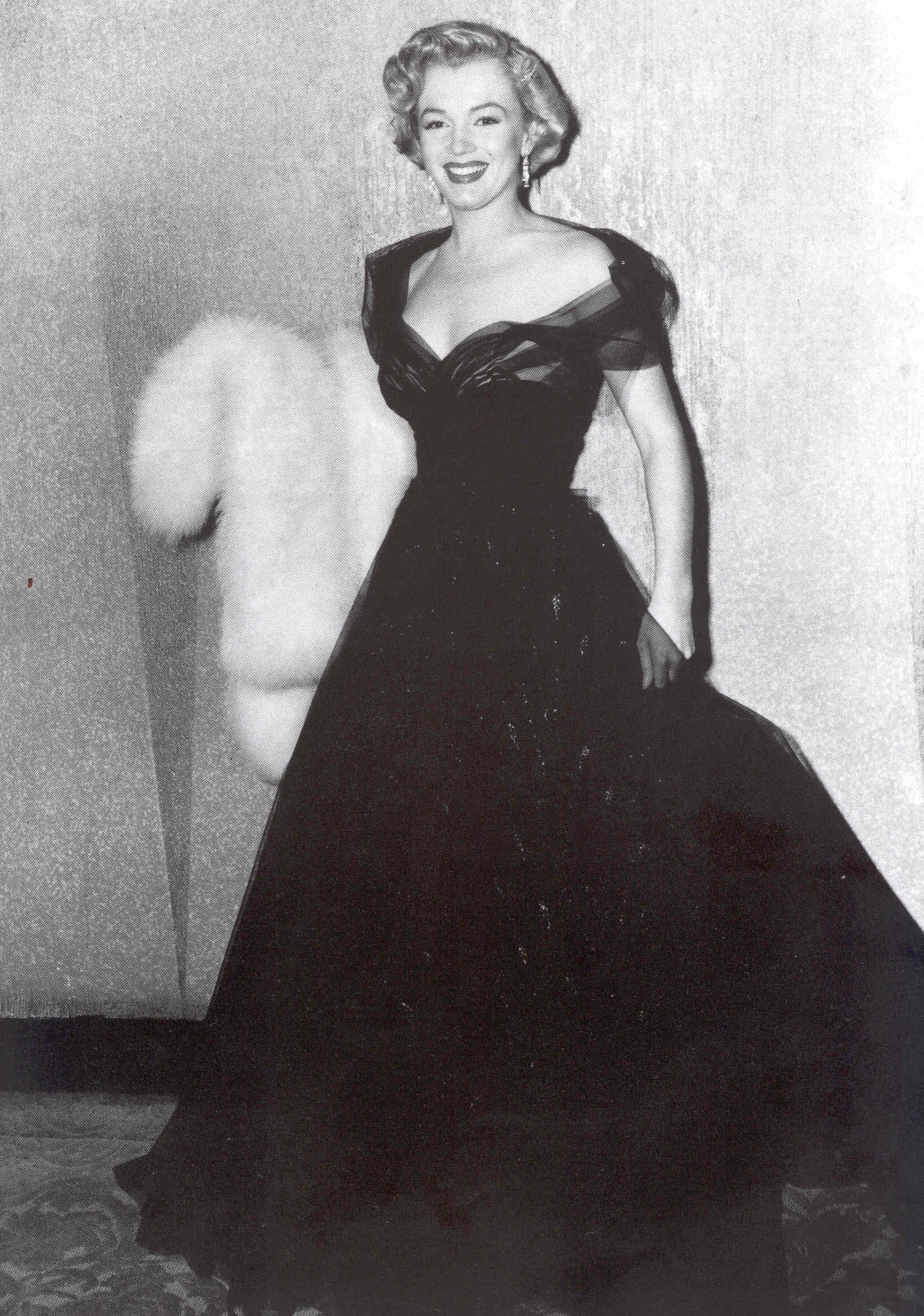 Marilyn wore an evening gown of black tulle by desginer Charles LeMaire.  The extremely low-cut sweetheart neckline was obscured with a layer of tulle that could be worn up over the shoulders, or pulled down.  Clusters of sequins brightened up the many yards of fabric that made up the skirt.  Shortly before taking the stage, Marilyn noticed that the skirt was torn.  She panicked and while Jane Greer, Debra Paget and Gloria DeHaven soothed her nerves, a seamstress rushed over and repaired the damage.  The gown was a hand-me-down, originally worn by Valentia Cortese in ‘The House on Telegraph Hill,’ filmed several months before this event.

Although Marilyn herself as an Actress would never go on to win, or even be nominated for an Academy Award, some of her feature films were:

The Academy Awards 1955
THERE’S NO BUSINESS LIKE SHOW BUSINESS

The Academy Awards 1954
HOW TO MARRY A MILLIONAIRE

The 1951 Academy Awards
ALL ABOUT EVE

Sources:
“Marilyn In Fashion: The Enduring Influence Of Marilyn Monroe” by Christopher Nickens and George Zeno.

“All About Eve” an all new stage production based on the 1950 movie starring Bette Davis and Anne Baxter, hit Londons West End at the start of February 2019.

The play, starring Gillian Anderson (Margo Channing) Lily James (Eve Harrington) and directed by Ivo van Hove, has so far opened to mixed reviews. But for those unwilling to travel to London for fear of disappointment that it won’t live up to the cinematic brilliance of the film (but then, what could?) the “National Theatre Live” company will be broadcasting the preformance LIVE in selected cinemas across the UK for one night only on April 11th 2019.

Look for your nearest cinema and book your tickets now: http://ntlive.nationaltheatre.org.uk/productions/ntlout34-all-about-eve

National Theatre Live is an initiative operated by the Royal National Theatre in London, which broadcasts live via satellite, performances of their productions to cinemas and arts centres around the world .

We’re wishing actor Hugh Marlowe a very happy Birthday!
Hugh Marlowe (January 30th 1911 – May 2nd 1982) was an American stage, film, television and radio actor.
Marilyn fans will recognise him from the 1950 old Hollywood classic “All About Eve” and he also had a smaller role in the 1952 comedy “Monkey Business.”

Award season is well underway in Tinsletown as the Golden Globe Award ceremony is taking place at the Beverley Hilton Hotel in California tonight (Jan 5th 2020.)

Thoughts always turn to Marilyn and her peers whenever the annual celebrations of awarding the entertainments finest takes place. You remember all the talented individuals and classic Old Hollywood films that made their mark and took home the industries most coveted accolades.

Marilyn herself was nominated three times for a Golden Globe Award in her lifetime, taking home two out of the three nominations.

Golden Globes Won:
* 1962 Henrietta Award For World Film Favourite.
* 1960 Actress In A Leading Role Or Comedy (Some Like It Hot.)


In addition to that, many of the films that Marilyn Monroe starred or featured in, were Golden Globe Award winners in their own right:


Marilyn attended the 17th Golden Globe Awards held on Tuesday, March 8th at the Cocoanut Grove, Ambassador Hotel, when she won as Best Actress for the comedy Some Like It Hot. Looking every inch the movie star, photographs show just how elated she was that night, as if she were on top of the world.

A year later she returned on March 5th 1962 on the arm of Jose Bolanos, but some of the most iconic pictures of her that night saw her with friend and fellow actor Rock Hudson. She wore a shimmering green evening gown with earrings given to her by Frank Sinatra. The gown was one of the many items auctioned off at the famous Christie’s 1999 auction, fetching $96,000. Most recently, her 1961 World Film Favourite Golden Globe was auctioned off for a staggering and record breaking $250,000.

For more information on the Golden Globes, head to their website: https://www.goldenglobes.com/