Today, 14th May 2018, marks 20 years since the passing of one of the greatest all round American entertainers in history, Frank Sinatra.

Sinatra is one of the best selling musical artists of all time, having sold more than 150 million records worldwide.  His hits include: “Come Fly With Me,” “New York, New York,” “Something Stupid,” “Strangers In The Night,” and the ever popular “My Way.”  He was also a major motion picture star, with more than 40 film credits to his name, including an Oscar Winning performance in the classic “From Here To Eternity,” co starring Deborah Kerr and Burt Lancaster.

There is speculation that Marilyn Monroe and Frank Sinatra met as early as 1954 during her marriage to Joe DiMaggio.  DiMaggio and Sinatra were certainly friends during this period, but with no photographic evidence, it’s harder to prove.  What we do know for a fact is that they became firm friends in 1960 during the shooting of Marilyn’s last completed picture “The Misfits,” shot on location in Reno, Nevada.  It is even widely believed that the pair had a brief fling during that hot summer.

Sinatra was very generous with Marilyn, gifting her emerald earings which she wore to the Golden Globe Awards. 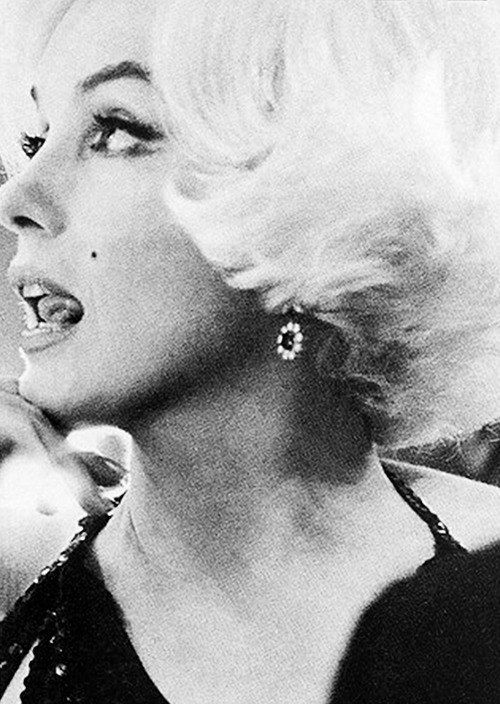 “I live here all alone with my snowball, my little white poodle – he was given to me by my dear old friend Frank Sinatra. I call him Maf.” Frank Sinatra gave Maf (a subtle reference to Sinatra’s connections to the Mafia) to Marilyn in 1961 while in New York. Marilyn would let Maf sleep on a white fur coat given to her by Arthur Miller. Maf was sent to Marilyn to live with her in Hollywood once she bought a house in Brentwood and intended to make it her permanent home.  After Marilyn passed, Maf went to live with Sinatra’s secretary, Gloria Lovell.

Aside from being friends, Sinatra was one of Marilyn’s very favourite entertainers, when asked directly who was her favourite singing star, Monroe quipped “well frankly… I’d have to say Frank!”

Sadly, but touchingly, Sinatra’s records were on Marilyn’s turntable when her body was disovered the night she passed away.

Although 20 years have passed, Sinatra remains popular to this day, the epitome of “cool”… the “Chairman Of The Board”… his velvet singing tones and suave persona will live on in the hearts and minds of his legions of fans, old and new forever.

For more information on this incredible giant of the entertainment industry, simply head to http://www.sinatra.com/