Milton Berle was one of America’s best known TV entertainers, he first met starlet Marilyn on the Columbia lot in her first co-starring roles: “Ladies Of The Chorus” (1949) as he was romantically linked with Adele Jergens, the star of the movie at the time.  Marilyn and Milton met again in 1955 at Madison Square Gardens, she was riding a pink elephant at the circus benefit, and he was the ringmaster for the day.  He announced “Here comes the only girl in the world who can make Jane Russell look like a boy!”  The crowd of 18,000 roared in delight.  Berle also made a cameo as himself in one of Marilyn’s later pictures: “Let’s Make Love.”  (1960)

In the early morning hours of September 15th 1954, pop culture history was made.  Marilyn Monroe on the streets of New York, standing over a subway grate whilst filming “The Seven Year Itch” has to be one of the most instantly recognisable movie scenes of all time.

64 years later, the appeal of this iconic image has never diminished.  Paul Wurtzel, who was then FOX’s head of special effects once remembered:

Today we are remembering George Barris, born on this day (June 14th) in 1922.  Barris was an American photographer and photojournalist was best known for his work photographing Marilyn Monroe at various points during her career.  George was also a beloved member of the “Marilyn Remembered” Fan Club, attending many meetings, memorials and parties throughout the years.

George speaking at the 2012 memorial service for the 50th anniversary of Marilyn Monroe’s passing held by “Marilyn Rememebred.”

George cutting the cake at a birthday party held in Marilyn’s name at the home of our club President, Greg Schreiner. 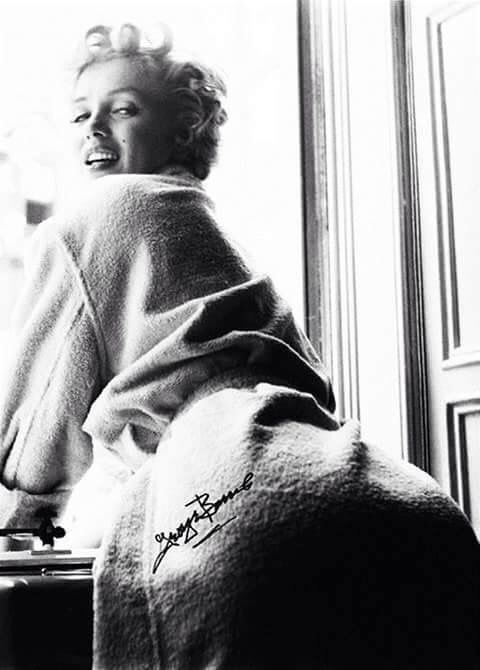 “Marilyn was a real trooper.  Even when the sun went down and the wind blew and it became cold, and she shivered and her skin turned red and her lips blue, she hardly whimpered or complained.  Only when the day was almost over and I had just one last bit of film in the camera, she said “This is for you George.”  The she puckered up her lips and blew a kiss my way as I took the last picture of her ever on that beach.  It was around 7.0pm, Friday, July 1th, 1962.
At the end of that same day I lost one of my shoes when a huge wave came and took it away.  I asked her, “What do I do with one shoe?”
“The ocen apparently needs it more than you do,” she said, and with that, both of us barefoot, we left Santa Monica beach forever. 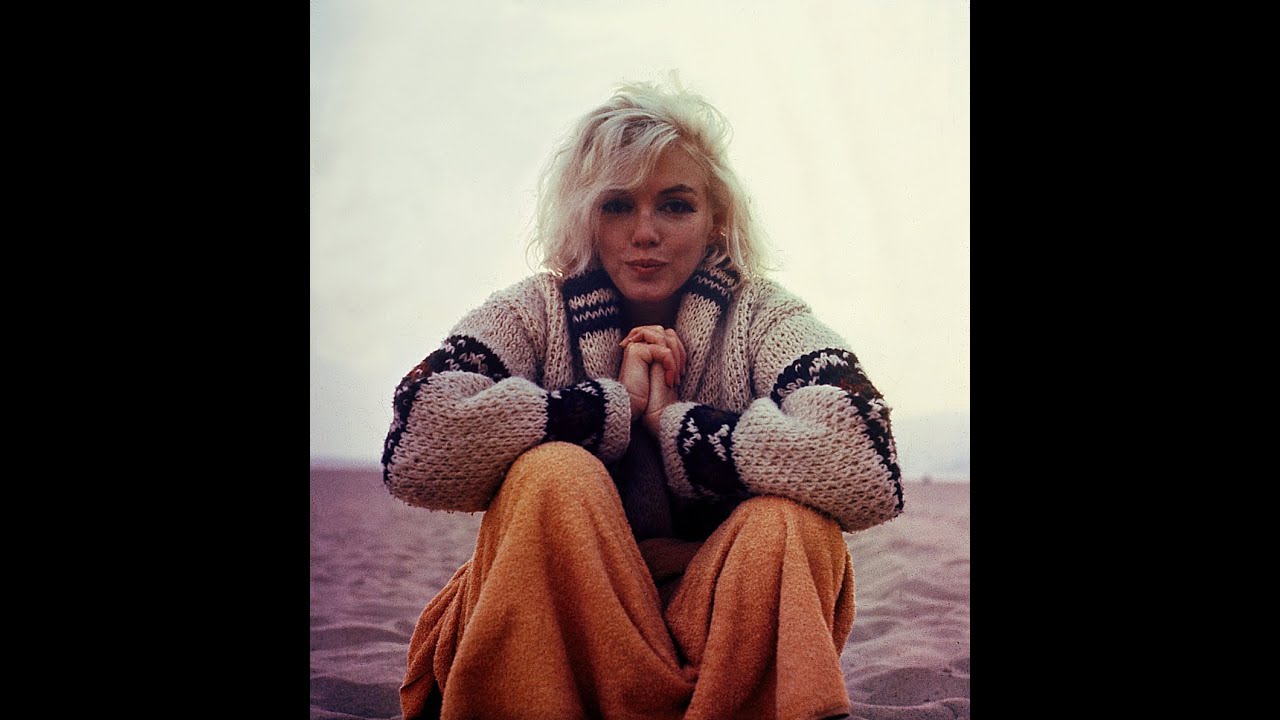 Norma Jeane Baker transformed into Marilyn Monroe inside Hollywood’s ravenous glare. She began her entertainment career as a pinup model and soon secured her place as a bona fide international movie star. The ever-luminous Marilyn stole every scene she appeared in; many cinema scholars equate Monroe with the essence of the art form itself, due to the magic she invariably conjured up on the silver screen. She possessed an instinctive and sophisticated understanding of how to construct memorable images, and was not afraid of being vulnerable in her artistic process.

But beauty, talent and success did not diminish the pain of emotional difficulties Marilyn lived through. Abandoned in childhood by her parents, she experienced the vagaries of fame in her professional life, was bullied by powerful studio bosses, had three unsuccessful marriages and endured fertility problems, turning to alcohol and pills to cope with debilitating neuroses. Beneath the social mask of cheerful joie de vivre, Marilyn suffered enormously – and had the wherewithal to channel sorrow into her craft, evident in her interest in psychoanalysis and reliance on Method Acting to deliver authentic performances. Her untimely death at the age of 36 did not stop the ascension of her star in popular culture; quite the opposite, film experts and amateurs alike see her as a modern-day Aphrodite.

In this new PROJECTIONS series, we will examine the creation of Marilyn Monroe’s onscreen persona, and the psychological underpinnings that shaped not only how she projected herself, but also the ways in which film audiences continue to respond to her. We will consider the symbolism contained in Marilyn’s most famous film characters within three categories: the origins of her celebrity, the establishment of her icon, and a burning desire to disrupt widespread perceptions of who she was.

Advance viewing is optional, select scenes and montages will be shown during weekly sessions (see filmography below).